May 07, 2020
The quality of provincial economic governance in Vietnam reached its highest level for 15 years in 2019, with an average provincial competitiveness index (PCI) of 65.13 points, a ceremony releasing the 2019 PCI report on May 5 heard. 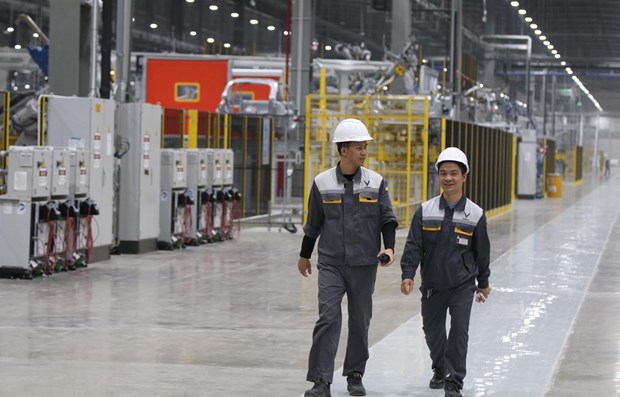 Illustrative image (Source: VNA)
Hanoi (VNA) - The quality of provincial economic governance in Vietnam reached its highest level for 15 years in 2019, with an average provincial competitiveness index (PCI) of 65.13 points, a ceremony releasing the 2019 PCI report on May 5 heard. With 73.4 points, the northern province of Quang Ninh continued to lead the country, marking the third consecutive year it has secured the top position. It was followed by the Mekong Delta provinces of Dong Thap (72.1 points) and Vinh Long (71.2 points), together with northern Bac Ninh province (70.79 points). The northern mountainous province of Lai Chau, the Central Highlands province of Dak Nong, and southern Binh Phuoc province were at the bottom. US Ambassador to Vietnam Daniel J. Kritenbrink said that over the last 15 years, the PCI has played an important role in boosting transparency and accountability in provincial economic governance and facilitated the development of the private sector in Vietnam, thus helping increase the country’s overall competitiveness. According to the 2019 PCI report, foreign enterprises maintained their positive assessment of Vietnam’s business climate, especially in regard to business registration and access to land. They suggested it continue speeding up administrative reform and adopt more effective strategies and policies to increase the quality of the workforce, especially skilled workers. The report is jointly published by the Vietnam Chamber of Commerce and Industry (VCCI) and the US Agency for International Development (USAID). The latest edition saw the participation of nearly 12,500 enterprises, including 1,500 foreign-invested ones. It evaluated and rated the business environment and the quality of economic governance in localities throughout the country, thus helping accelerate the development of the private sector. A special feature of the 2019 report is that it is the first time it has analysed automation and digitisation in production and services by Vietnamese firms and forecast the impact of this trend on workers and employment in the time to come. Compiled based on data collected from enterprise surveys, the PCI can be described as “the common voice” of the business community on the level of reform in various fields./.
VNA
Source: Vietnam+