The northern province of Vinh Phuc has been an ideal destination for investors thanks to its geographical location and preferential policies for investment attraction. 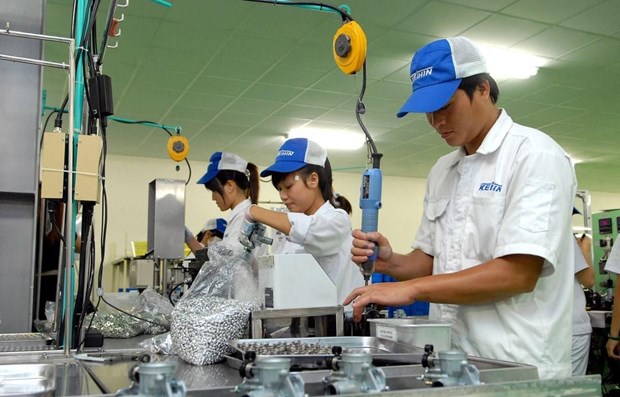 Vinh Phuc (VNA) – The northern province of Vinh Phuc has been an ideal destination for investors thanks to its geographical location and preferential policies for investment attraction.

Over the years, Vinh Phuc has been focusing on luring foreign direct investment (FDI), and this year the province has been sending delegations overseas to promote investment.

In September this year, the locality coordinated with the Vietnamese embassies in the Netherlands and the US to organise seminars introducing investment and cooperation opportunities in Vinh Phuc.

As of July this year, Vinh Phuc had drawn 362 FDI projects from 17 countries and territories with a total investment of over 4.8 billion USD, ranking 19th out of the 63 localities nationwide in FDI attraction.

Currently, the province is home to two US-funded projects in the processing-manufacturing sector with a combined capital of 15.6 million USD.

Along with promoting investment activities, the locality has also concentrated on improving the quality of the local administration through administrative reform, enhancing the provincial competitiveness index, developing a smooth, transparent and attractive investment environment, and creating optimal conditions for all economic sectors to operate in.

Meanwhile, the local administration has dealt with the difficulties and obstacles facing businesses to help them boost production. Regular meetings between leaders of the provincial People’s Committee and local firms have been held with the same purpose.

With its comprehensive efforts, Vinh Phuc has seen good results in FDI attraction. As of the end of September 2019, local industrial parks were home to 343 projects, including 283 FDI ones worth over 3.76 billion USD.

The Republic of Korea is the leading foreign investor of Vinh Phuc in terms of both project number and capital. Many major firms from the Republic of Korea as well as multinational businesses are operating in the province, including Patron, Heasung Vina, Interflex, Bangjoo, Cammsys, Toyota, Honda, and Sumitomo.

According to the Vinh Phuc Industrial Park Management Board, in the first nine months of 2019, local industrial parks drew 53 new FDI projects. Together with capital poured into 38 ongoingprojects, so far this year, the parks have lured 612.35 million USD, reaching 219 percent of the yearly target.

At the same time, the parks have wooed over 2.66 trillion VND for eight new and four ongoing domestic projects, equivalent to 190 percent of the goal for the whole year.

Thanks to the province’s endeavors to complete infrastructure in industrial parks and a transport system connecting them, as well as efforts to improve the business environment and reform administrative procedures, Vinh Phuc has become more popular among foreign investors./.